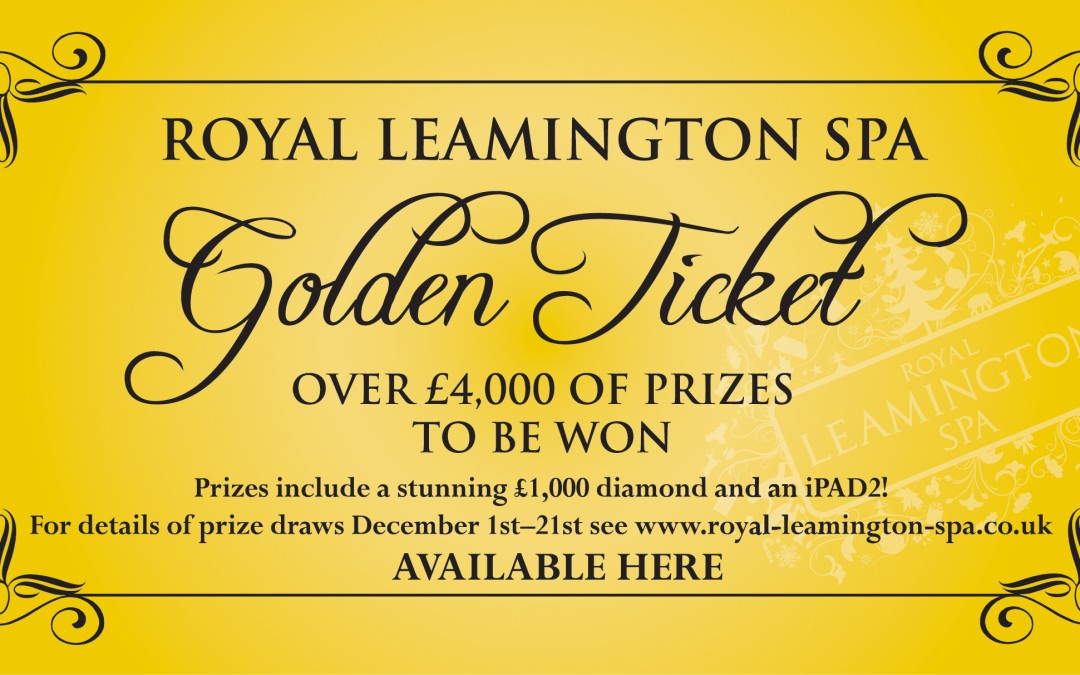 Leamington retailers have joined together this December to launch a Golden Ticket competition with a prize value in excess of £4500 to attract customers to the town centre in the run up to Christmas.

The competition has been organised by BID Leamington and is being supported by over 50 retailers all across the town.

The top prizes include a £1000 diamond from Rubinstein Keightley, an Apple iPad 2 and 5 Christmas Gift Bundles worth over £500 each. Every time someone shops in participating retailers they will receive a Golden Ticket which will enter them in to the main prize draw and the weekly draws. To find out the full list of prizes and for Christmas gift inspiration visit www.royal-leamington-spa.co.uk.

Stephanie Kerr, executive director at BID Leamington said: “We are all so excited about the Golden Ticket competition and have been blown away by the generosity of Leamington’s retailers. The prize total is bursting with jewellery, toys, luxury gifts, vouchers, food, drink and loads more. It just goes to show the diversity and quality of our retail offering.”

Royal Leamington Spa town centre is open every Thursday for late night shopping in the lead up to Christmas.