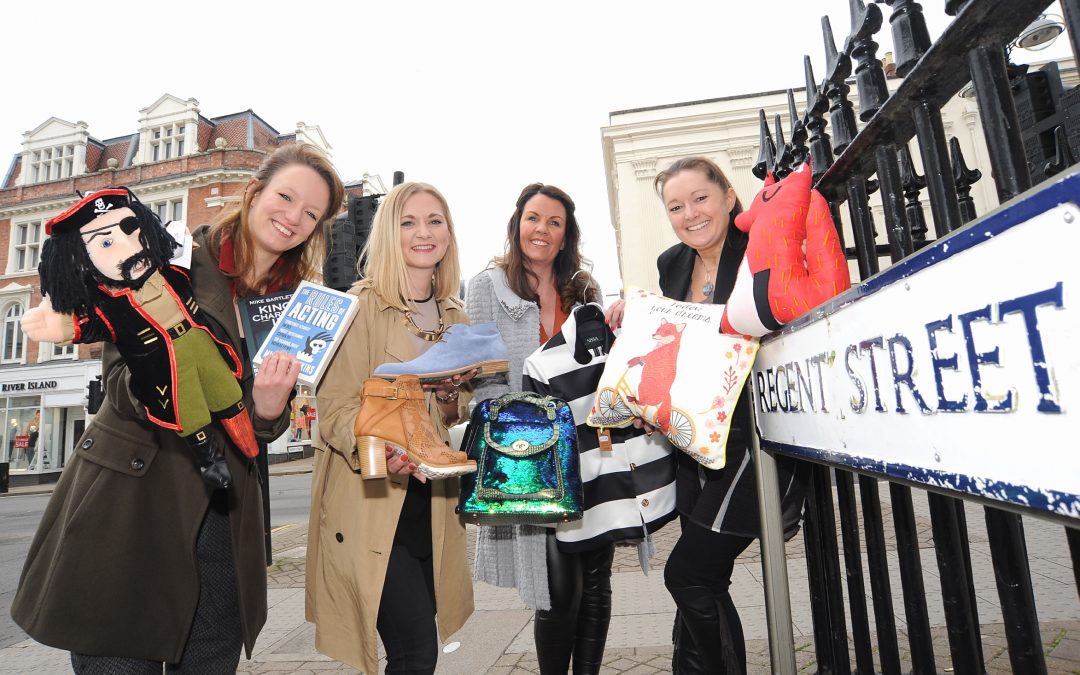 An exciting trio of fabulous independent shops are among a number of colourful new small businesses which have opened in Leamington’s town centre in recent months.

The Stagey Fox, a theatrical gift and book shop, Grounded, a footwear store, and Claire Marie, which specialises in ladieswear, have all launched in Regent Street, boosting the street’s eclectic identity.

Each shop is independent and their owners based locally – including one who relocated both her business and home to the town and another who returned from London to set-up the business.

Leamington is well known for its unique retail and dining offering – with around 14 independent shops and restaurants having opened across the town centre in the past six months.

Stephanie Kerr, executive director of BID Leamington which works with businesses to promote the town, said: “Small businesses like these are the lifeblood of the town, as they attract visitors by having such a distinctive offer and a wonderful welcome.

“Leamington has established an enviable reputation for having a unique variety of shops and independent stores such as the three on Regent Street which are wonderful examples as they help make the town centre into a community centre.

“We are always excited to welcome new businesses and it is great to be able to support them and also see them collaborating and supporting each other as this is what makes the business community so positive and vibrant.”

Family-owned The Stagey Fox is the youngest business on Regent Street after opening six weeks ago. The store, co-owned by Amanda Walsh and daughter Amy Walsh, also hosts cultural events such as play readings and cabarets for anyone to attend including those in the local arts scene.

Amy, who has recently returned to her hometown from London, said: “Both my mother and I love the arts – she was a theatre manager and administrator and I’m an actor and trained at the Royal Central School of Speech and Drama – so opening a theatrical gift shop was combining both our passions.

“Leamington offers a rich cultural experience and we hope The Stagey Fox will add to the arts scene – our events are also proving popular.”

Claire Davis first launched ladieswear store Claire Marie in Redditch two years ago, but relocated to the town after visiting with a friend.

“We wanted to find a nice high street to move to and Leamington Spa seemed the perfect fit – I love the town’s lively vibe,” she said.

“Moving here has allowed us to open a larger store which caters for a new clientele and stocks clothes for every occasion, from casual wear to red carpet dresses.

“We’ve had a really warm welcome – in fact I liked it so much I now live here as well as own a business.”

Grounded Contemporary Footwear is the second store but a different venture for Ian Chaundy, who also owns McIntosh & Paul, a homeware and giftware shop, located next door.

“With the variety of unique independent shopping available, Leamington makes the ideal location for a store which specialises in handpicked, quirky and bespoke footwear for men and women, and we are excited to introduce the range to Leamington’s customers,” she said.

The Stagey Fox will be hosting a rehearsed reading of theatre play Eire brushed on Thursday, 28 April, at 6.30pm. For more information, visit www.thestageyfox.com/events.