A Fitting End to the Summer of Fun! 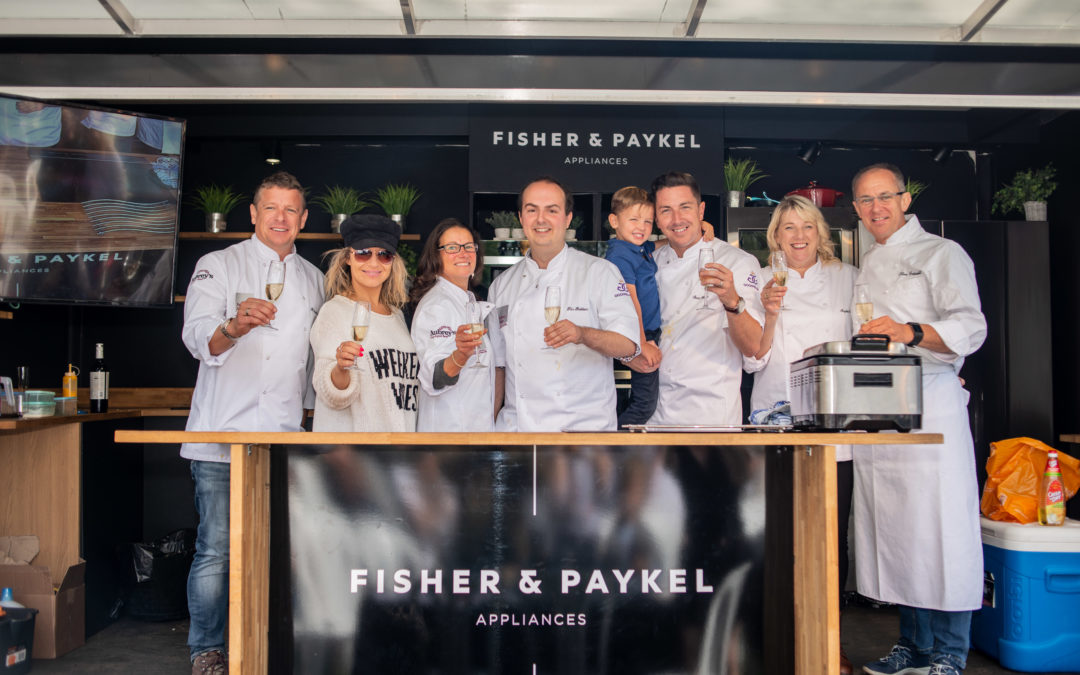 The sun shone through for the Leamington Food and Drink Festival as a fitting finale to the town’s scorching ‘Summer of Fun’.

Blue skies on the closing day of the weekend showcase of food and drink, now in its 11th year, saw the Royal Pump Room Gardens bursting with foodies and flavour.

The festival lived up to its reputation as one of the country’s best autumn food festivals with a spoilt-for-choice range of exhibitors dishing up tastes from near and far, from local beer, cider and wine to global cannoli, jerk chicken and churros.

A feast of local chefs showed off their culinary skills with demonstrations in the Live Kitchen over the two days – but it was time for the best amateur cooks to shine on Sunday with the the return of Home Cook of the Year.

A record number of entries to the competition, run by Aubrey Allen with festival organisers BID Leamington, made it tough to pick three finalists to go head-to-head in a three-course cook-off in front of crowds at the festival.

And the decisions didn’t get any easier when Sean Hughes, Tim Robbins and Trudie Udell stepped up to the plate to wow the judging panel of Russell Allen, managing director of Aubrey Allen, Clive Fretwell, executive chef at Brasserie Blanc, and Sophie Hyam, Home Cook Winner 2017.

It was Tim, a University Hospital Coventry doctor from Leamington, who was crowned this year’s champion.

Congratulating all three finalists, Sophie said: “The competition was amazing and there were so many different dishes with great flavours and combinations, but Clive, myself and Russell all agreed that the overall winner was Tim.”

Tim said: “I’m a little bit shocked!  I was not expecting it by any means but I’m really delighted.  It’s been such great fun and I would encourage anyone to enter next year.”

Alison Shaw, project manager at BID Leamington, said: “With the diversity of exhibitors this year, it really has lived up to its reputation as one of the best food festivals around.

“Many of the exhibitors sold out on the first day and had to replenish their supplies overnight which is a great sign of how well it’s gone.

“New for this year was us offering a free drink to anyone travelling to the festival by train and there was a great take-up which was really pleasing.

“It’s topped off what has been a memorable ‘Summer of Fun’ with Leamington Peace Festival, Leamington Carnival, Art in the Park and Warwickshire Pride, and our thanks to all of the volunteers who have helped make them all such a resounding success.”