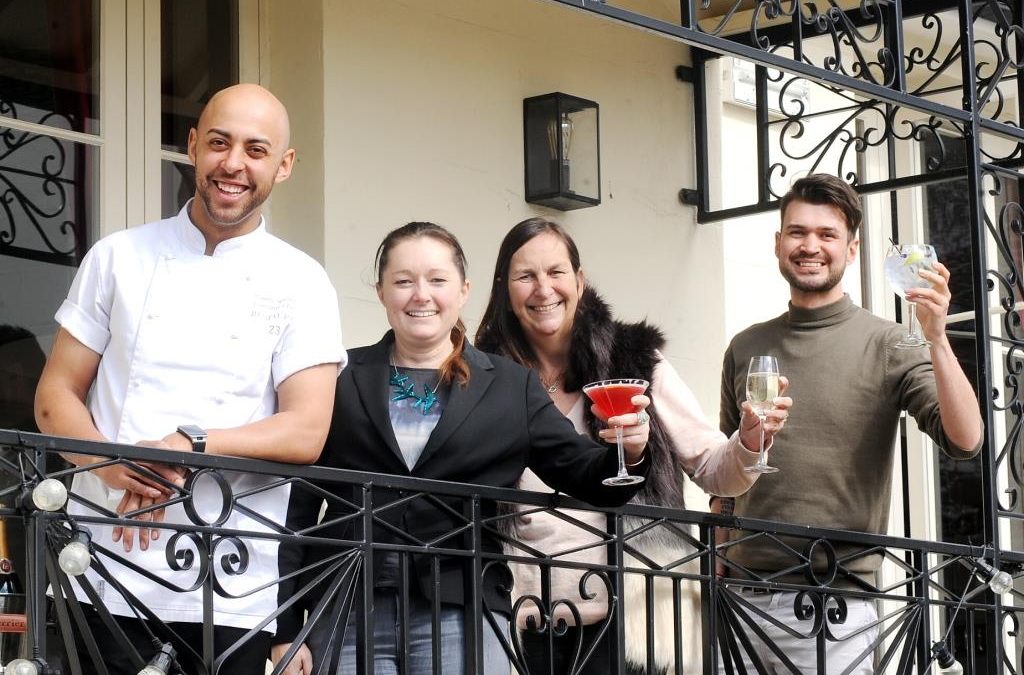 An online hub for Royal Leamington Spa’s eateries has been launched to showcase the enviable line-up of fantastic restaurants and cafes in the town centre.

An A to Z list of more than 100 restaurants, cafes, bars, pubs and other eating establishments within the town centre, from Altoria Bar and Grill to Zou Bisou, is featured on the new Taste Leamington website.

The site, launched by BID Leamington, is designed to celebrate their offering and help visitors find their perfect place to eat, drink and party!

Stephanie Kerr, executive director of BID Leamington, said: “Leamington has an impressive mix of independent and national outlets that could rival many towns and cities and we were being contacted more frequently by people who had specific requests.

“Recognising that quite often choices were defined by more than flavour, the site is designed to celebrate what we have and help visitors find exactly what they are looking for.

“This is all part of working together to ensure customers receive the very best visitor experience, from the moment they consider visiting. We also hope they will benefit from the reviews and offers as well.”

The search menu identifies different venues with options ranging from venue type, party size or when you are visiting. Dietary requirement and desirable services can also be identified, such as delivery, online booking or dog friendly outlets.

You can also travel the world of flavours with cuisine choices that include Argentinian, Brazilian, Iranian, Japanese and Caribbean plus many more.
As well as a venue directory, the site features news and reviews, blogs and vlogs, events and experiences, and special offers.
Restaurant 23 and Morgan’s Bar in Hamilton Terrace is among the establishments featured on the site.

Executive chef Curtis Stewart said: “Leamington has a wonderful food offering for a town of its size and to have a digital platform that supports and promotes it is a great asset.

“I have been here six months and people do seem to associate Restaurant 23 as a special occasion venue when we have some fantastic offerings whether lunch, pre-theatre or Sunday brunch.

“It’s imperative that we broaden our horizon to a wider audience and make people aware that we are not just a special occasion venue and you can come here for a casual meal. Taste Leamington will help us to achieve that.”

The Royal Leamington Spa website run by BID Leamington, which links to the new Taste Leamington site, attracts nearly 30,000 visitors a month. Its social media channels have over 17,000 followers.

Stephanie added: “Over the years we have worked on building a strong audience for businesses in the town centre and anything that is featured on Taste Leamington will be amplified across our digital platforms.

“It’s all about us working together with businesses to extend their reach and help make their voices heard.”

The dedicated site builds upon the hugely popular Leamington Food and Drink Festival, organised by BID Leamington with the support of local businesses, which attracts around 25,000 visitors from all over the country.

Now in its tenth year, it is regarded as one of the best autumn food festivals in the country and returns to the Pump Room Gardens on Saturday, September 9 and Sunday, September 10.

A new addition to the town’s foodie calendar this year is the Fiesta of Flavour being run by Regent Court, in association with Taste Leamington, on Saturday, May 6 and Sunday, May 7 to showcase its range of eateries with masterclasses, tastings and competitions.