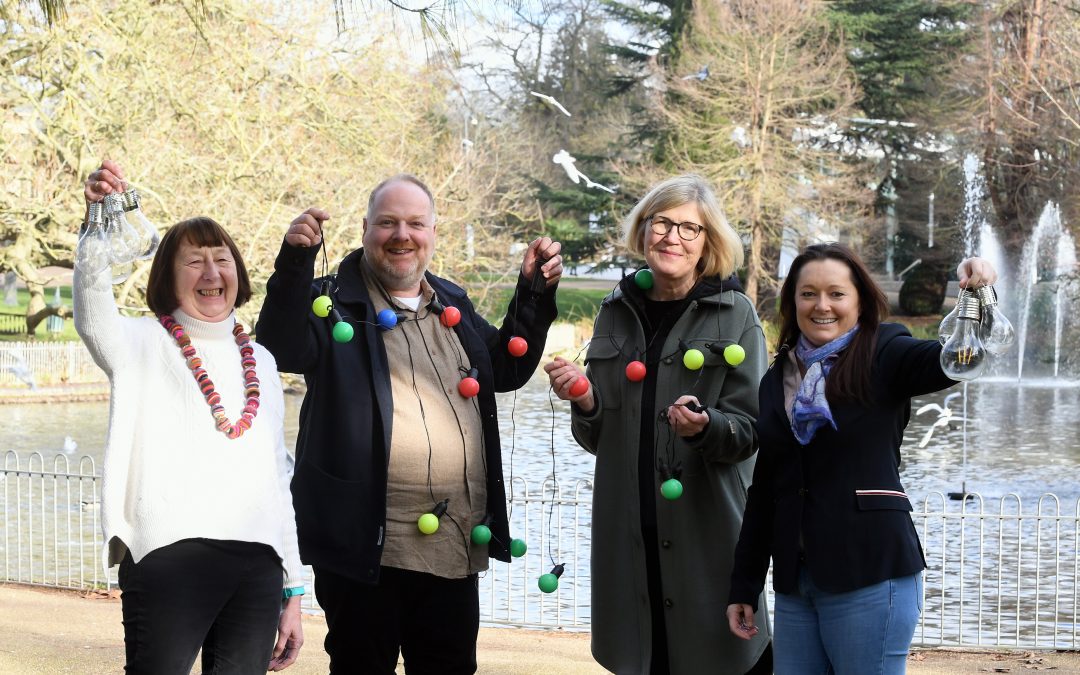 Memories of a historic community event, which treated visitors to a kaleidoscope of light installations, music and performances, are being sought as part of a study which could see it return to Leamington.

BID Leamington has secured funding from Arts Council England to conduct a feasibility study into reviving the Lights of Leamington festival for the town.

The festival ran in Jephson Gardens in July and August from 1951 to 1961 and saw the park and its trees lit in a rainbow of colour, including installations like magical animals, characters from fairy tales and city skylines.

There were also clowns and puppets, an open-air ballet, and food and drink stalls run by local businesses at the event which brought hundreds of thousands of visitors to Leamington.

A steering group has now been created which will be conducting a feasibility study in conjunction with Curated Place, an award-winning creative arts production company, to explore how the festival could be brought back with a renewed purpose for the businesses, communities and people of Leamington.

The research will consider how the event would be funded, what the modern-day festival could look like, the logistics of delivering it and most importantly, if it is something that residents across the area would welcome.

As part of this, those who attended or worked at the original event over the years are being encouraged to share their memories of Lights of Leamington, reflecting on what made it special and why it was so popular.

Residents, businesses and community groups across Leamington will be invited to sign up for workshops where they can get involved in the exciting challenge of making the historic festival fit for the 21st century and what they might like it to include.

Anyone who would like to contribute is being invited to first complete a short survey and register their interest for ongoing updates at www.lightsofleamington.co.uk. A Lights of Leamington Facebook page has also been created to capture people’s thoughts and keep people informed of opportunities to get involved.

Stephanie Kerr, executive director of BID Leamington, said: “We were thrilled to receive a research grant from Arts Council England to see if it is possible to bring Lights of Leamington back.

“The approach of the BID is to help make the town centre a community centre, so we want to make sure the community is meaningfully involved in shaping the idea.

“We want to gauge interest and support and find out everything from what people would like to see and how it could be delivered, to the time of year they think it should take place.

“Our hope is to reinvent the festival for a new generation, embracing new technologies while reflecting its history, and we are very excited to be working with Curated Place, who bring considerable experience and expertise.”

Andy Brydon, director of Curated Place, said: “We are delighted to be working on this unique project that is deeply rooted in the history and memory of Leamington Spa.

“We specialise in planning, developing, delivering, managing and marketing major arts and music commissions, festivals, exhibitions across the UK and internationally.

“Drawing on our passion and experience, we will engage with the community and conduct research to map out a plan for bringing the Lights back to Leamington in a way that is both authentic to the memory but also looking to the future.”

Councillor Liam Bartlett, Warwick District Council Portfolio holder for Culture, Tourism and Leisure, added: “Lights of Leamington was a very special community event that ran for over 10 years and we know many people have fond memories of attending.

“We are very much in support of the feasibility study approach and look forward to seeing the outcome of the research.”