All Set for a Cracking Christmas! 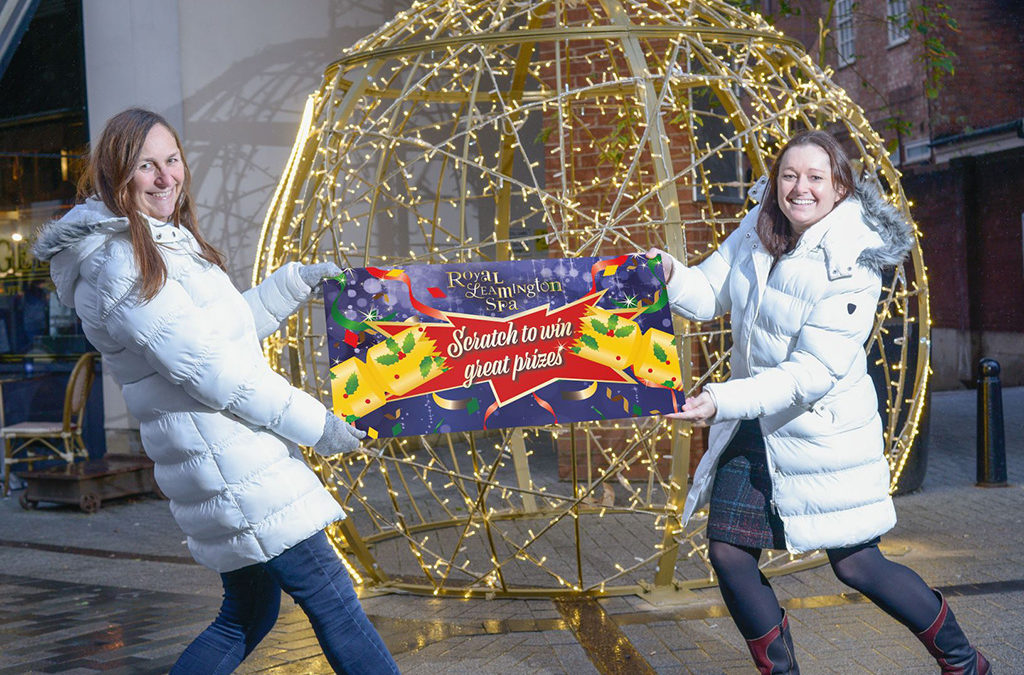 Leamington shoppers are in for a cracking Christmas with town centre businesses donating over £3,500 of prizes in a new giveaway to encourage people to buy local over the festivities.

Anyone making a purchase from a participating outlet will be given a Christmas Cracker Scratchcard with the chance to win one of the mystery prizes which have been donated by more than 50 businesses.

There are also hundreds of instant prizes of free coffee or cupcakes up for grabs around the town, plus ten per cent off selected full-priced items from participating businesses in January.

The Christmas Cracker Scratchcard has been organised by BID Leamington with the support of town centre businesses, and is among a host of attractions to draw in shoppers at their busiest time.

Alison Shaw, BID Leamington Project Manager, said: “We are very excited about what is on offer in Leamington this Christmas as we have so much planned to help make our town centre come alive for customers.

“Christmas is a critical time for our town centre businesses so it is important that we all work together and get behind them over the festive period to make sure Leamington is as magical as ever.

“Thanks to the generosity of businesses in the town centre, we have been able to put together this fantastic prize giveaway which we hope will reward customers and encourage more people to do their Christmas shopping locally.”

Along with the hugely-popular Lantern Parade on Sunday, December 1, BID Leamington is partnering with Royal Priors to stage a Santa Elf Workshop and a Virtual Reality Sleigh Ride to the North Pole in the shopping centre.

BID Leamington’s ‘Christmas Parking Angels’ will be back to help shoppers find spaces, offer maps and give information on all the events and attractions.  Free car parking is available for shoppers at Riverside House, Milverton Hill, on weekends.

Late night shopping begins on Thursdays from December 5, on top of the Yuletide Markets taking place every Sunday.

The Christmas Cracker Scratchcard runs from Monday, November 25 until Sunday, December 15 and full details can be found at www.royal-leamington-spa.co.uk/xmas-cracker.

For more information about all events and attractions taking place in Leamington town centre in the run-up to Christmas, visit www.royal-leamington-spa.co.uk.