Lanterns Light Up the Town Centre! 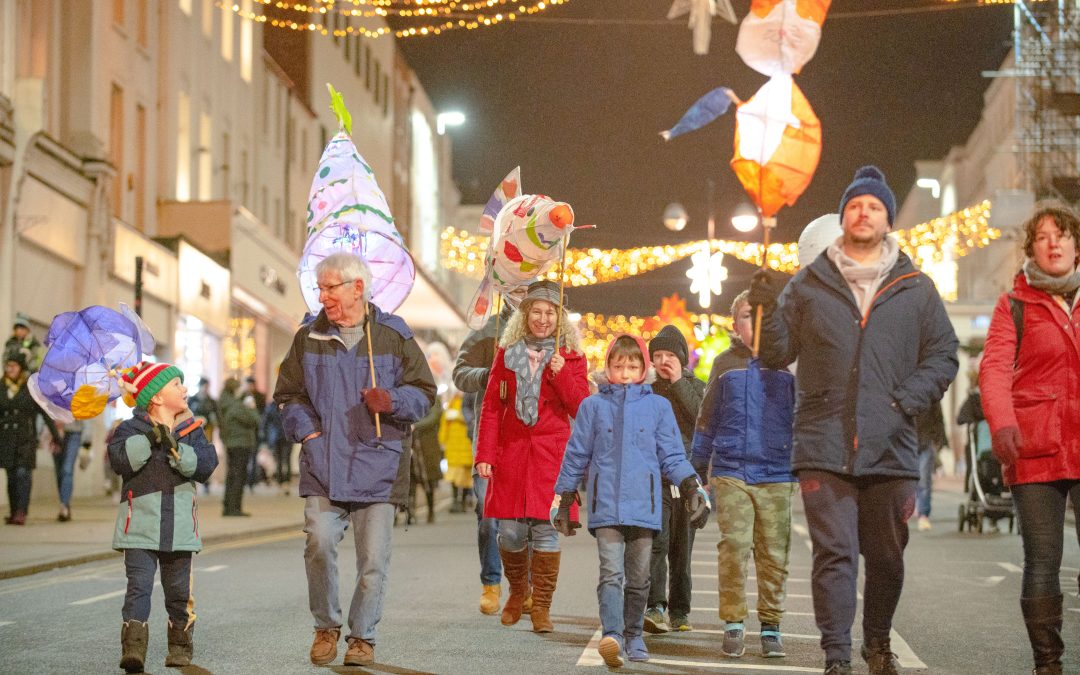 Leamington was once again lit up with a dazzling display of lanterns for the town centre’s popular annual Lantern Parade.

Hundreds of people gathered at the bandstand in the Royal Pump Room Gardens to join and enjoy the light spectacle known as ‘Luminate Leamington’, organised by BID Leamington.

The parade is a festive favourite and this year large sharks and whales, alongside elephants, reindeer, butterflies, hearts and beautifully decorated Christmas trees were among the array of lanterns that delighted spectators.

The lanterns included some that have been made in homes by families over the past month, as well as many that were started in woodland workshops hosted by BID Leamington in November.

After gathering around the bandstand for Christmas songs led by local entertainer David Harrop, around 200 lanterns paraded through the town centre behind shimmering stilt-walking angels from Flambé Circus Theatre.

The procession ended at the Town Hall with Christmas carols accompanied by the Royal Spa Brass Band and the Baptist Church Choir, and there was also a surprise visit from Santa too.

Stephanie Kerr, executive director of BID Leamington, said: “It was very special to see the Lantern Parade return this year after two years away.

“There a quite a lot of preparation, so I always feel a little overwhelmed with joy watching it culminate with lanterns winding their way around the whole perimeter of the Pump Room Gardens – it is very beautiful.

“This year I really enjoyed the setting of the woodland workshops in Foundry Wood and as always, I am blown away by the creativity, diversity and joyfulness of everyone who takes part.

“Also, I would like to thank our local businesses who support this event and all the volunteers from the University of Warwick, Rotary Club and others, who helped at the workshops and the parade.

“BID Leamington still has a number of other festive events coming up and we look forward to seeing everyone support our town centre in the run-up to Christmas.”

BID Leamington has already deployed the Christmas Angels to add some sparkle to the town centre, and families can enjoy the Elf Workshop in the Royal Priors on weekends and post letters in Santa’s Post Box, located in Regent Court.

This year Thursday late-night shopping will begin on December 16th through to December 23rd, and there is also an Elf Hunt running until Thursday December 23rd with a £100 shopping spree up for grabs. 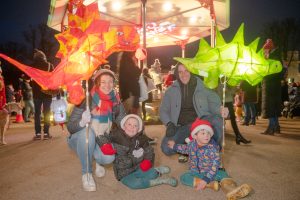 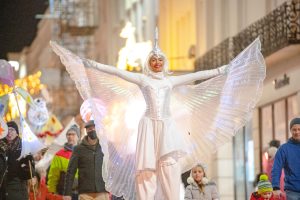 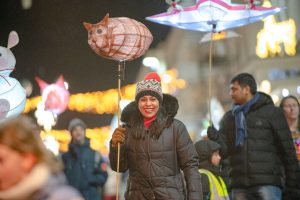 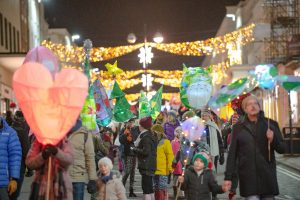 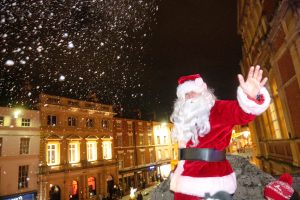 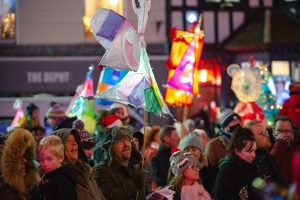 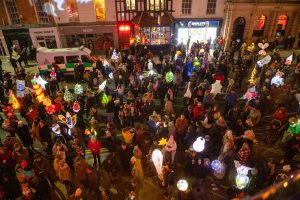