BID Meeting with a Twist – Spaghetti and Segways! 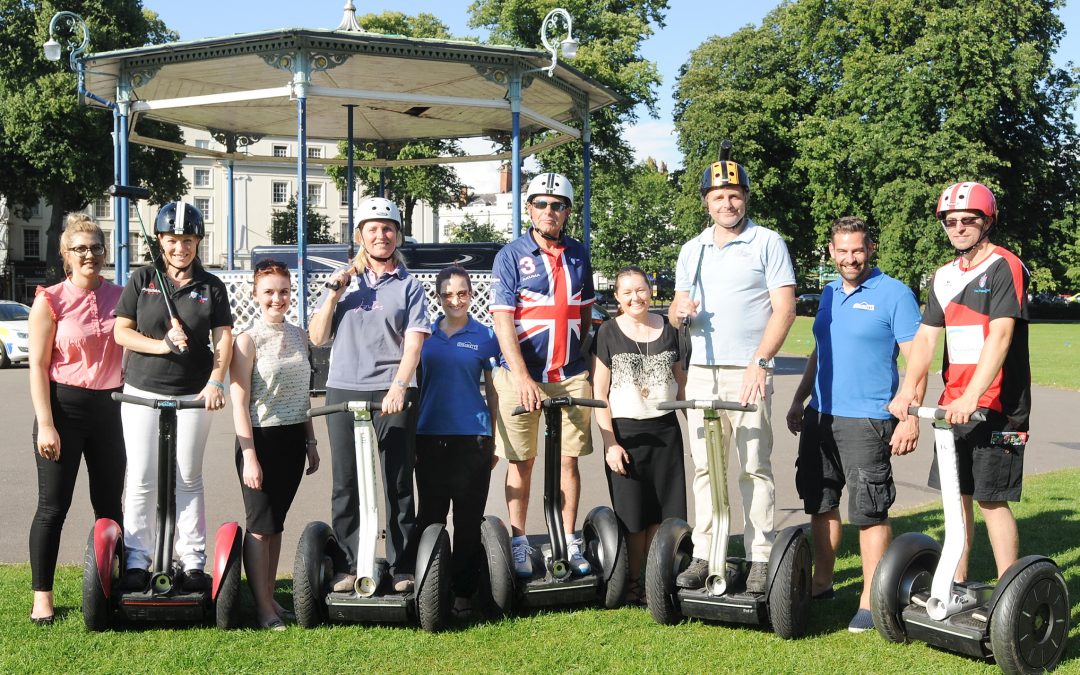 Spaghetti and Segways were on the menu at a local BID Leamington business meeting for Leamington’s retailers and restaurateurs.

BID Leamington, which works to promote the town and its retail, food, and drink offering to visitors, organised the open networking event for town centre businesses, with national retail store managers and independent business owners in attendance.

Guest speakers at the event, which took place in the Royal Pump Room Gardens, were local business figures Graham Todd and Jo Ciriani of Spaghetti Agency, who gave expert advice on the digital landscape in a Q and A session, and April Weller of UK Segway Polo, who brought along Segways for guests to try out.

“Each year we organise several networking evenings which help us get to know business owners and share ideas about how we can work together to support the local business community,” Stephanie said.

“This time we wanted to do something a little different, so we were pleased to attract both the owners of independent restaurants and retail shops as well as managers from national chain stores.

“These events are held with the aim of helping businesses to get to know each other and develop collaborative ideas and new skills, so with Todd and Jo sharing best online practice for businesses, and April encouraging attendees to network and socialise in a unique and fun way, we’re confident we achieved this.”

First to address guests was Todd, who co-founded local social media and online marketing company Spaghetti Agency, which trains businesses in the professional use of social media.

Todd, who also heads up the UK’s leading 4N group, Leamington 4Networking, said the event showed the exciting energy and entrepreneurial thirst in the town.

He said: “We love the creative and independent spirit in Leamington, and it was great to collaborate with BID Leamington. It’s always a pleasure to speak at events in the community and as big networkers we enjoy bringing businesses together to give them useful tips and ideas.

“Most businesses want to use social media and have ideas but are not always confident to use it, so I gave guidance on which social media channels are effective for different businesses. I also shared some simple tips that can be used to reach wider audiences – with the aim to ultimately increase awareness and sales.”

The session was followed by an introduction to the game of Segway Polo – a new sport which is a variant of traditional polo and hockey – which co-founder and partner of Warwick Segway Polo, April Weller, co-ordinated as part of a networking exercise.

April said: “Segway Polo really is the ‘Sport of Equals’, so we were delighted to bring along Segways and introduce guests to this new and exciting sport, which is really growing in popularity among working professionals – who are one of our key target markets.