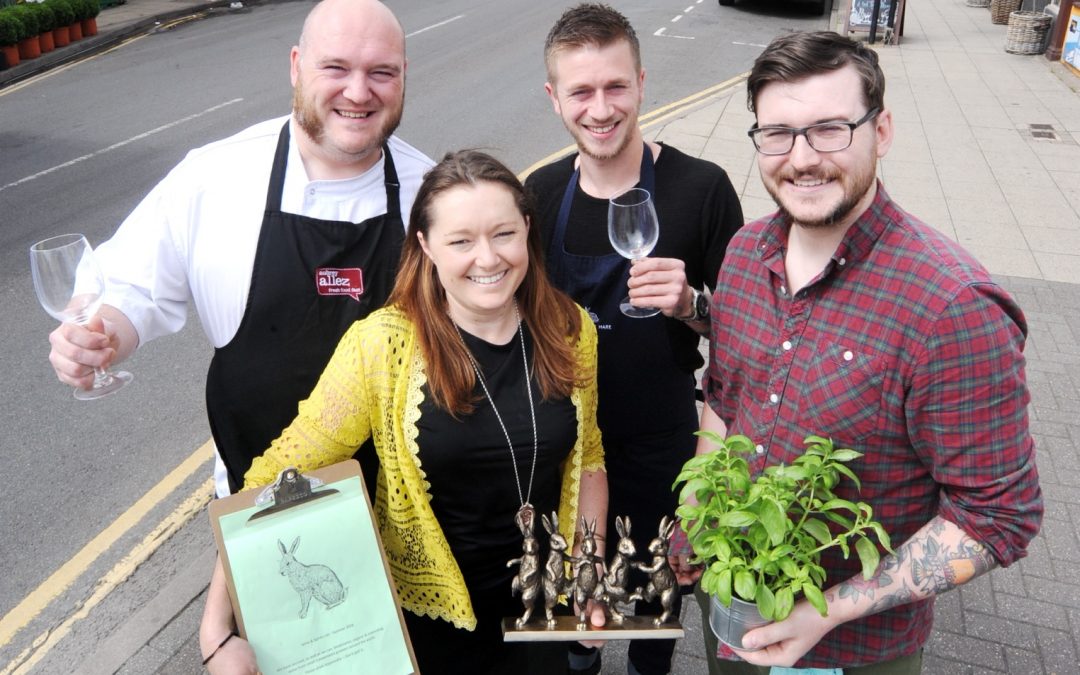 Leamington’s appetite for independent eateries has been indulged with the launch of three new cafés and restaurants in the town centre within six months.

The Tame Hare, Aubrey Allez and The Steamhouse have all opened in Warwick Street to further enhance the town’s diverse and vast offering to food and drink lovers.

Each eatery is independently-owned – with one owner returning to the town from the Cotswolds, and one café an extension of a family-run butchers and catering company.

Home to more than 50 bars and restaurants in the town centre alone, Leamington Spa is renowned for its varied and distinctive dining offering.

Stephanie Kerr, executive director of BID Leamington, said the new restaurants were a major boost not only for the town’s economy but also its lively and colourful identity.

“These new restaurants follow the opening of a number of new independent stores across the town centre, revealing the continuing trend and popularity of small business in Leamington,” she said.

“The town is a champion of independent business and this is shown by the collaborative, community approach many adopt.

“Both Aubrey Allan and The Tame Hare will be exhibiting at this year’s Food and Drink Festival, and we look forward to helping them raise their profile at the popular event.”

Most recently opened is café and takeaway shop, Aubrey Allez. A new arm to Leamington’s largest catering company and butchers, Aubrey Allan, the ‘food to go’ store is situated next door to the company’s butchers and delicatessen and serves breakfast, fresh salads, coffee and sandwiches.

Peter Allan, chair of Aubrey Allan, said: “Aubrey Allan is already a well-established, award-winning butchers and catering company, and one of the town’s biggest employers.

“The next natural step was to branch out into running our own restaurant, which will really boost our share in the market and help to enhance our reputation as experts in food and catering.”

Jonathan, who previously ran a pub in the Cotswolds and relocated to Leamington Spa to launch The Tame Hare, said: “I’m born and bred in Leamington so when the opportunity arose to manage my own venue, my father and I jumped at the chance.

“We’ve had great feedback already and a lot of repeat customers, which is really promising.

“It’s great to have the support of local businesses and BID Leamington – we’re already signed up to exhibit at the Food and Drink Festival, which we’re looking forward to.”

The pair – who previously managed their own business selling fresh coffee from a VW van at events – decided to take their work to the next level by opening their own restaurant.

Ashley said: “After enjoying a successful stint touring major events across the UK, we discovered a love of hospitality and catering but yearned to take the business to the next level with a permanent base.

“Leamington is an affluent and charming town popular with tourists, students and shoppers, so the ideal fit for The Steamhouse.

“We’ve had a really warm welcome and are now hosting music nights in collaboration with local businesses, and in recognition of the town’s major student population, we now deliver through Deliveroo.”