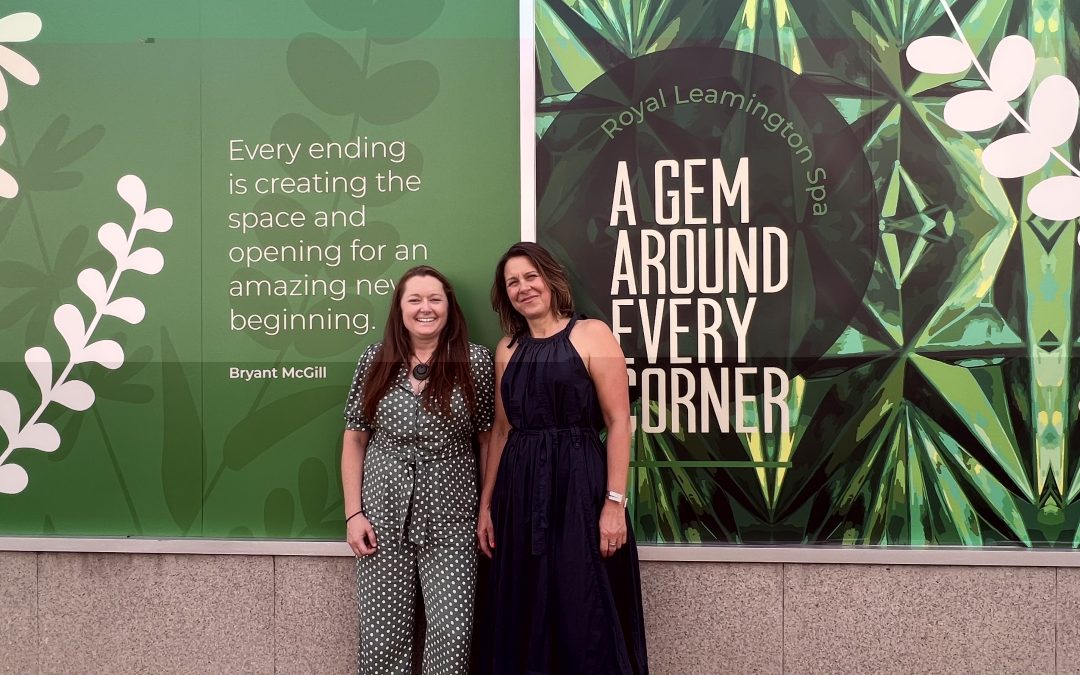 Take a look at the story behind the window design …

Watch this space is an ambitious, vibrant campaign to bring unused high street windows to life in Royal Leamington Spa.

The initiative spearheaded by BID Leamington aims to temporarily transform the windows of empty stores and bring a touch of style to exteriors while properties find new purpose and tenants.

The ‘Watch this Space’ campaign is a collaborative effort between BID Leamington, local agents, property owners and local businesses Craig Spivey Creative, TonyG and Gallery Photiq. Together they have a wealth of global retail and design experience to draw on and wish to inspire anticipation as the town is poised for a range of exciting developments in the town centre.

The eye-catching images have been developed by taking photographs of cut-glass vessels in the Leamington Spa Art Gallery & Museum to capture the town’s sparkle.

First on the list for the smartening-up treatment are the ground floor windows of the former House of Fraser store on the Parade. The property is being refurbished into a high-quality office and design space called Bedford Street Studios with video gaming company Sumo Digital set to occupy the first and second floors over the next few months.

Stephanie Kerr, Executive Director at BID Leamington, said: “We were increasingly concerned about key sites looking unloved and when we contacted local agents and property owners, we received a positive response to our ideas to help support their transformation.

“We want to surprise and delight residents and visitors with these colourful and intriguing images and maintain the celebration of our beautiful town centre whilst businesses are developed for new uses.

“It’s the first stage in a new approach which we hope in future may lead to including Augmented Reality activity, pop-up art and working with new tenants to explain their plans for each site.

“Similar windows campaigns have been run in towns and cities throughout the UK with vinyl graphics being used to brighten up stores that have closed down, so here in Leamington we want to build on this and take it a step further.”

Nat Coalson of Gallery Photiq photographed the beautiful historic assets, and working with Craig Spivey Creative and TonyG, the images have been transformed into high-quality vinyl graphics to adorn the windows.

Coalson said: “I’m grateful to be involved with this project, which has been an exciting opportunity for me to create abstract photography that conveys the beautiful essence of our special town.”

Heather Golding from TonyG added: “As a Leamingtonian, it’s been really rewarding to add something of value to this project. Our work takes us across the UK from Edinburgh to Bicester Village to Bond Street, so being able to apply some premium retail experience to our hometown is very fitting.

“Working with the glass photography was great fun, creating illustrative treatments for an abstract and painterly effect. Taking historic patterns from glassware and putting them back on glass in a different form over 100 years later, was also a nice circle!”

Craig Spivey, Independent Creative Director, said: “One of the new ways we have developed to express Leamington’s sparkle is through the photography of the glass collection in our local museum. Leamington Spa’s fortunes were built on water and these beautiful images of vessels from its heyday as a resort capture the many colourful facets of the town.

“It’s a dynamic way of presenting Victorian decorative arts with a fresh, contemporary edge that’s very unique to Leamington and adds a little extra layer of meaning to the designs we produce.” 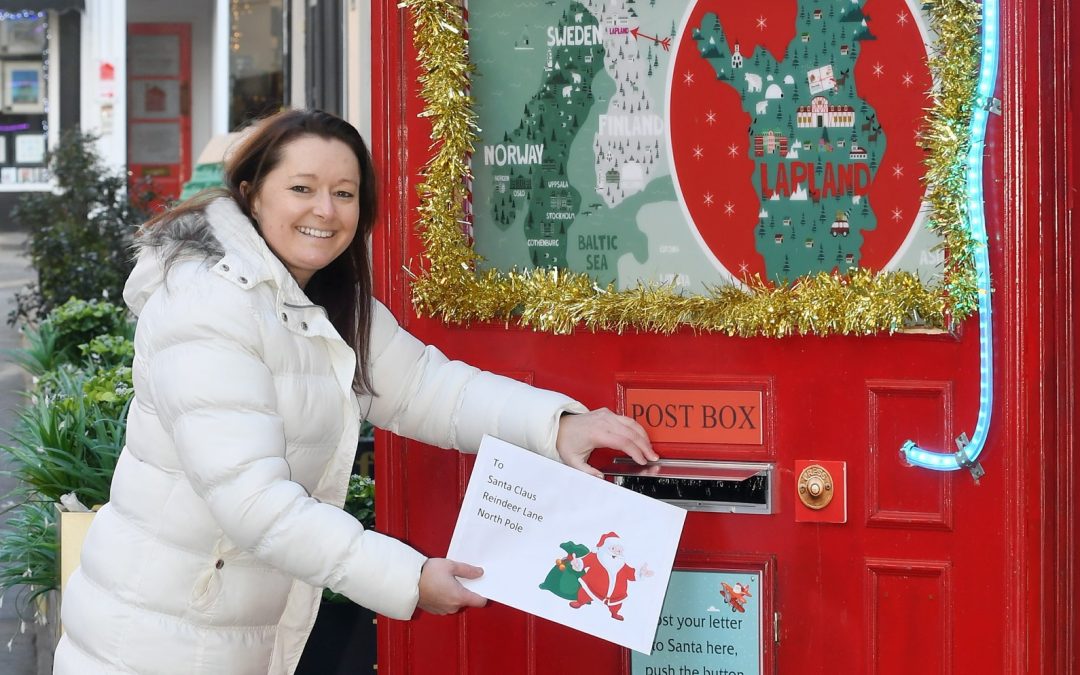 Seeing the magic of Christmas through children’s eyes, when they post their letters to Santa is priceless, so each year we install this special postbox in a new location.

First launched during Covid, with careful promotion this allowed engagement with Leamington town when other festive activities were not available.

In 2020, over 2,700 beautiful letters were posted from adults and children, some of which have been archived in the Royal Leamington Spa Art Gallery and Museum as they reflect an unforgettable point in history.

Santa’s postbox returned in 2021 and this time was placed in Regent Court Shopping Centre with around 900 letters posted over the four weeks it was in place.

In 2022, the postbox will once again return in a new location with new surprises to delight town centre families.