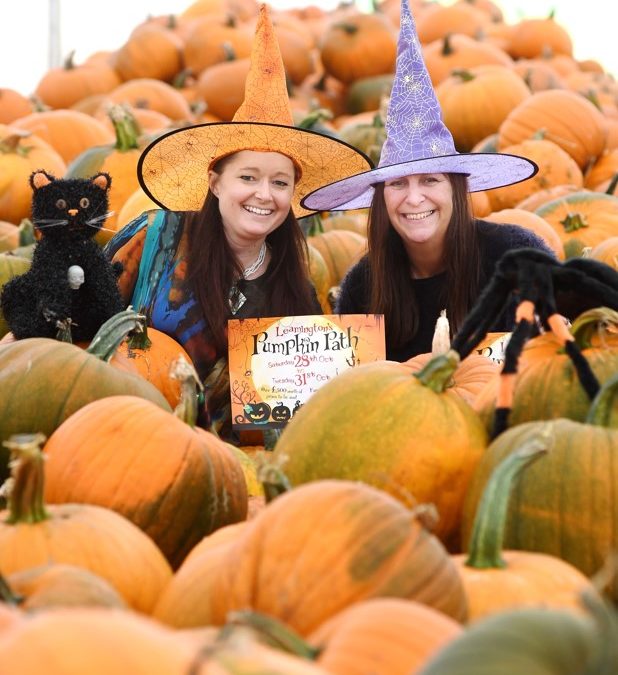 Bringing families to Leamington during Hallowe’en, our pumpkin trail is now an annual event in our BID Leamington calendar. Over 50 businesses get involved each year, by hosting pumpkin clues in their shop windows and offering prizes to the winners. By following the trail, visitors explore parts of Leamington they may not usually frequent building loyalty and spending time in our lovely town centre.

We receive hundreds of entries from families who have enjoyed the trail from Warwick, Coventry and Rugby with the majority from North and South Leamington.

‘Leamington shoppers are in for a cracking Christmas with town centre businesses donating over £3,500 of prizes in a new giveaway to encourage people to buy local over the festivities.

Anyone making a purchase from a participating outlet will be given a Christmas Cracker Scratchcard with the chance to win one of the mystery prizes which have been donated by more than 50 businesses.

There are also hundreds of instant prizes of free coffee or cupcakes up for grabs around the town, plus ten per cent off selected full-priced items from participating businesses in January.

Alison Shaw, BID Leamington Project Manager, said: “We are very excited about what is on offer in Leamington this Christmas as we have so much planned to help make our town centre come alive for customers.

“Christmas is a critical time for our town centre businesses so it is important that we all work together and get behind them over the festive period to make sure Leamington is as magical as ever.

“Thanks to the generosity of businesses in the town centre, we have been able to put together this fantastic prize giveaway which we hope will reward customers and encourage more people to do their Christmas shopping locally.” 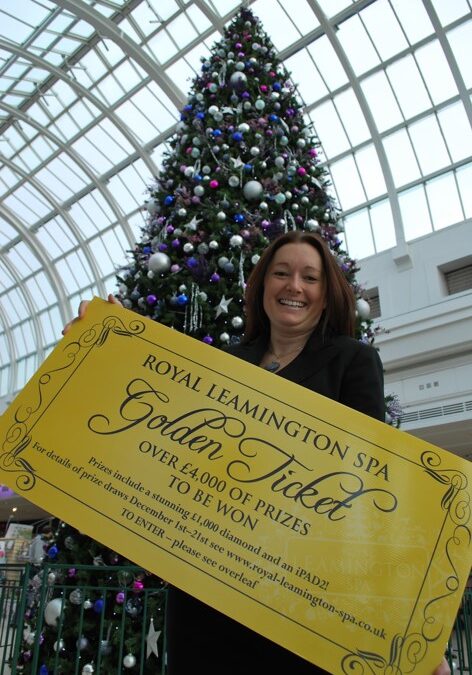 For 7 years BID Leamington ran the Golden Ticket Competition in the lead up to Christmas to encourage customer loyalty and attract visitors for Christmas shopping in town instead of online.

Shoppers were given a ‘Golden Ticket’ every time they made a purchase in a local participating retailer, which was entry to a weekly prize draw. Over the years, hundreds of local stores donated thousands of pounds worth of prizes!  Prizes including; a £1000 diamond, £500 worth of jewellery, Apple iPad, £500 Christmas gift bundles, £250 Christmas gift bundles plus much more were distributed in a series of weekly prize draws and the competition was supported by over 50 local retailers, annually.  All prizes were showcased on a dedicated page on www.royal-leamington-spa.co.uk website as Christmas gifting ideas.