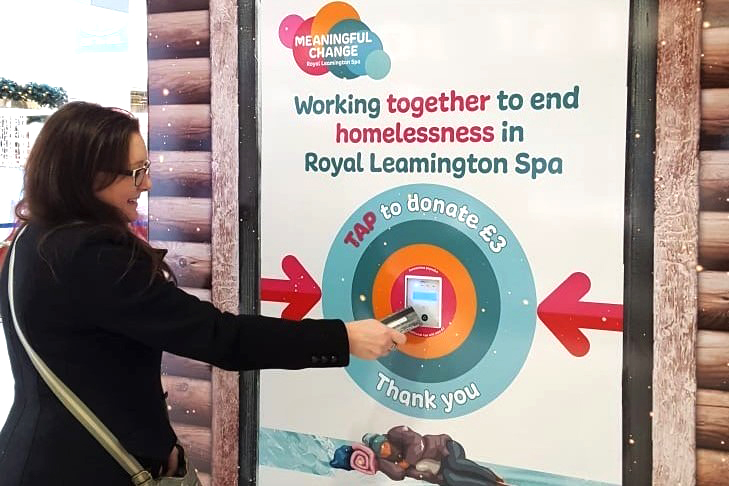 (Image credit: yes, but look how far we have come said the horse – Charlie Mackesy: The Boy, the mole, the fox and the Horse).

If you would like to help we recommend you contact one of the local charities already supporting people in the town centre. Their contact details and examples the support they give can be found by clicking here. If you would like to host a contactless donation point, please contact us.

Meaningful Change is a multi-agency campaign aimed at helping to positively change the lives of those who are homeless or at risk of homelessness in Royal Leamington Spa.

In Leamington there are a range of charities working to support vulnerable people in our community in different ways. This ranges from supporting people with day-to-day needs, to providing long term support enabling them to make a lasting and meaningful change.

Meaningful Change comprises of a website and a number of contactless donation points around the town centre, enabling a trusted source of information and giving. Funds are distributed back to our local charities via grants to support gaps in services. You can read more about this by clicking here.

The feedback has been overwhelmingly good – both locally and further afield.

“I have been meaning to say for a long time a big “Thank You” for organising Meaningful Change and implementing it.  I am lost in admiration.  Making card donations so easy is great”

Highlights of this project include:

To learn more about this project and how to help vulnerable people in Leamington please visit: www.meaningfulchange.org.uk/leamington/

The Lights of Leamington Study

Delivered by BID Leamington in partnership with the Lights of Leamington Steering Group including David Clargo, Carole Sleight, and Sidney Syson.

BID Leamington secured some grant funding from Arts Council England to research the return of this amazing historical event. The feasibility study has now launched and is underway. The consultants will be visiting soon to assess the site and run some workshops, including an online workshop open to businesses too.

From 1951- 1961 the lights attracted thousands of visitors to Leamington Spa and many people have fond memories of this spectacular event. It was this event that inspired the Leamington Lantern Parade, an event we have been running since 2012.

During this time many people have discussed the idea of ‘reigniting’ the Lights of Leamington, however it would be a significant task and support from all stakeholders, business, residents, local organisations and the wider community will be essential. This is why the Arts Council of England has supported us to carry out a feasibility study to understand all aspects of the idea.

We have created a dedicated website and social media pages to provide background information and keep communicating updates to the project. A survey has just been completed by 237 people, the results will be announced soon. 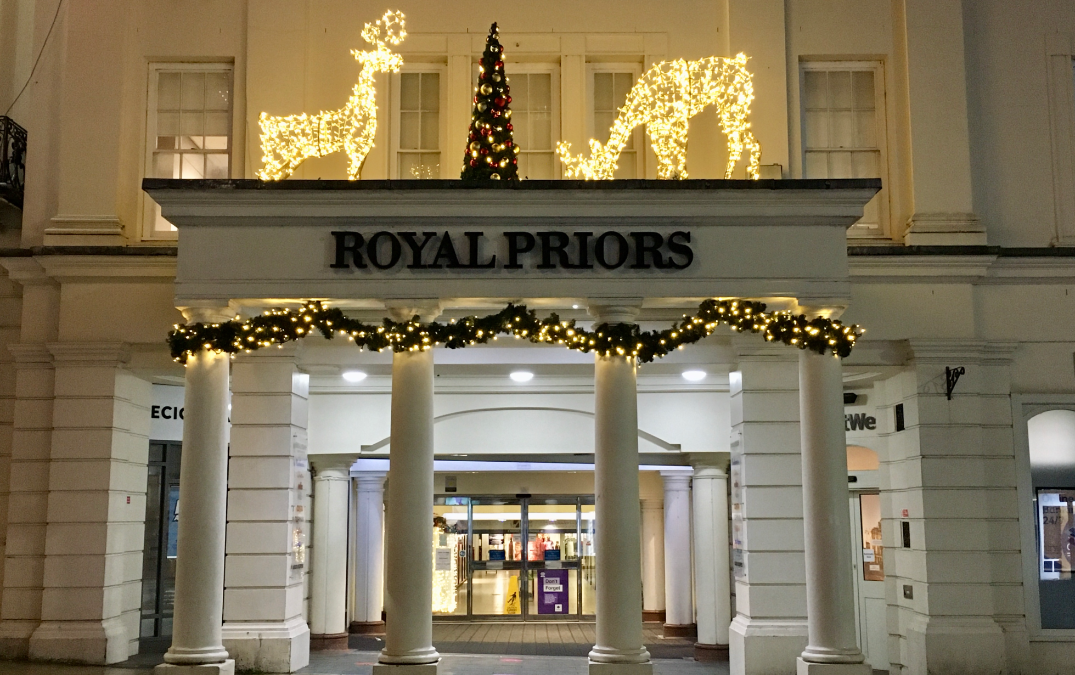 With the increase in online sales, towns face major competition to maintain Christmas trade in their centres.

Making Royal Leamington Spa an attractive place to shop during Christmas, and creating a positive and interesting shopping experience is key to improving the town’s footfall.

In a good example of local agencies working together for the benefit of Royal Leamington Spa, the Christmas lights are sourced and organised jointly between the BID Leamington and Warwick District Council (WDC).

The lights are funded by BID Leamington whilst the Christmas Lights Switch-On is organised by WDC. The installation, removal and storage of all the lights, together with the scheme outside the BID area, are funded by Warwick District Council and Royal Leamington Spa Town Council. 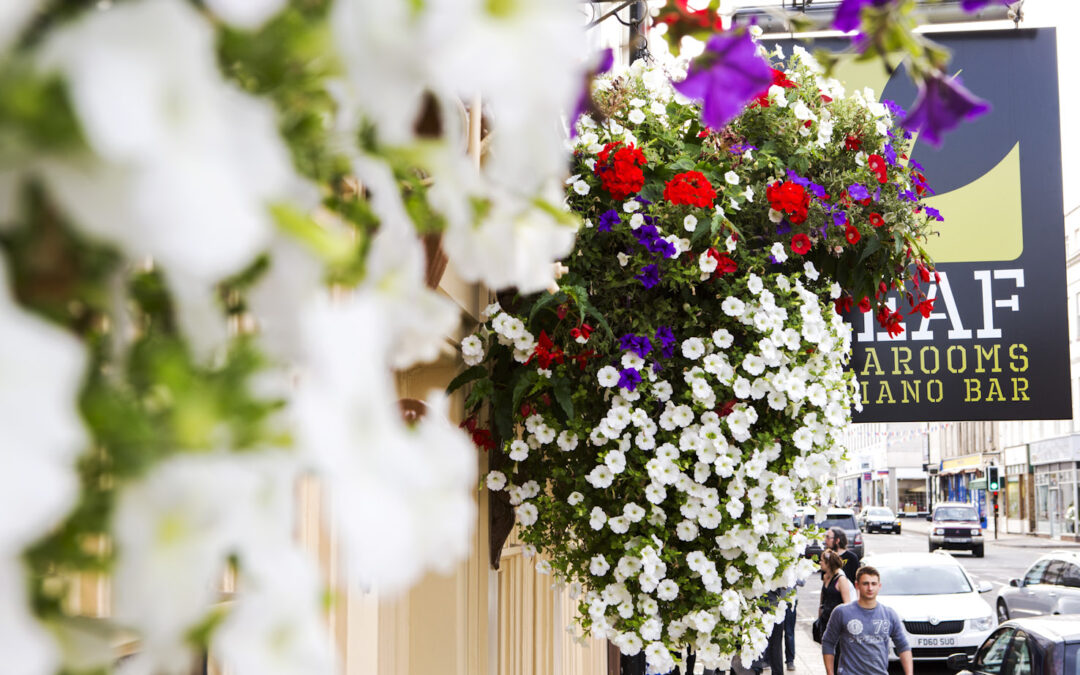 BID Leamington takes pride in the town’s already enviable beauty and seeks to “improve upon perfection” in an appropriate manner, ensuring Royal Leamington Spa maintains its position as the place to be.

Our hanging baskets are an important part of making the town centre look attractive during the summer months and are always met with a positive response from both shoppers and retailers. Approximately 250 baskets are displayed within the BID area from June through to October.

BID Leamington is currently responsible for purchasing the hanging baskets within the BID area which complement the rest of the town’s baskets and flower themes supplied by Warwick District Council.

The beautiful floral display throughout the town centre often results in our town winning GOLD in the regional Heart of England in Bloom awards!